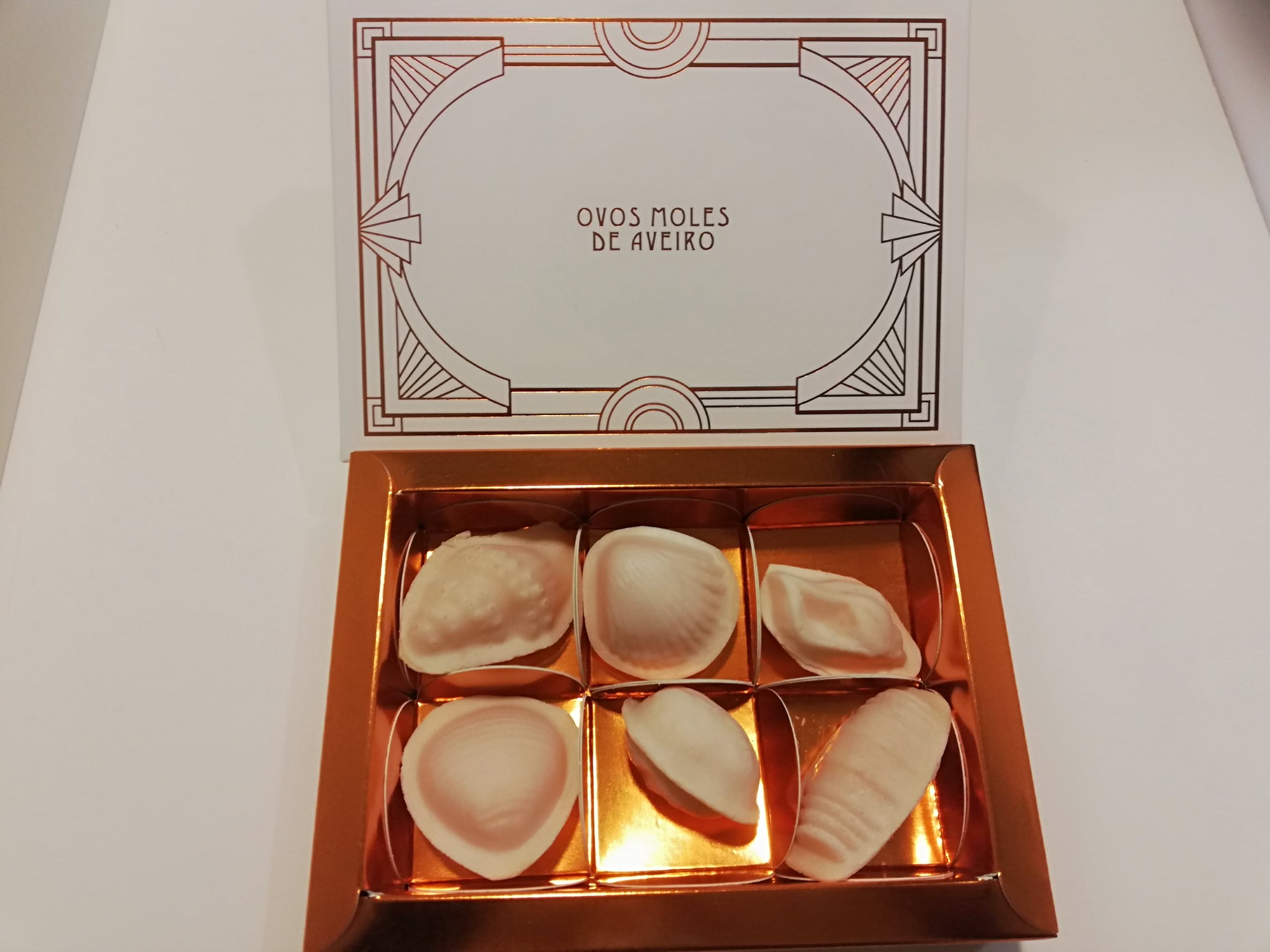 What are Ovos Moles and where to eat this famous dessert?

You can't help but taste it!

The famous and irresistible Ovos Moles are a typical dessert from the Aveiro region, inherited from the traditions of its female convent. You can find them in several places in this region.

The charming Pastelaria Rossio and the elegant Oficina do Doce are good places to taste this delicacy.

As well as finding them in its original form, you will also find it in ice cream form at a small and friendly shop called Gelados de Portugal. Hmmm… Uma delícia !!!

To talk about this dessert again ...

Although its mass is consistent, it is very creamy and obtained thanks to point sugar and very fresh egg yolks. Its best known form of application is in the formats of thin sheets of unleavened bread (obreia). That is to say of a host.

We can find these thin layers of host in different forms of marine elements. For example: fish, shellfish, whelks, clams. This inspiration is due to its proximity to the estuary.

Do you know the history of this dessert? I will tell you…

It all started with the introduction of sugar cane to the Iberian Peninsula by the Arabs in the XNUMXth century, who were quick to try and plant it. However, it was not until the XNUMXth century, after the recent discovery of the island of Madeira, that the Portuguese realized that it was the ideal place for their plantation.

Very quickly, sugar production began to gain importance in economic activities! Part of the production was destined for the royal house, and the latter distributed another part as alms for various institutions and convents. The Convent of Jesus of Aveiro is one of them.

This is when the Ovos Moles de Aveiro were invented! At that time, they used egg whites for household chores, such as ironing difficult parts of clothes. As for the yolks, we did not know how to use them, in addition to having a short shelf life.

For this reason, the nuns of the convent, one day decided to add them to the sugar. And in turn, discovered that this way they last longer and make this delicious dessert!

To learn more about the traditions of this beautiful city of Aveiro, check out: Veneza Portuguesa in Aveiro: visits, activities, best season.