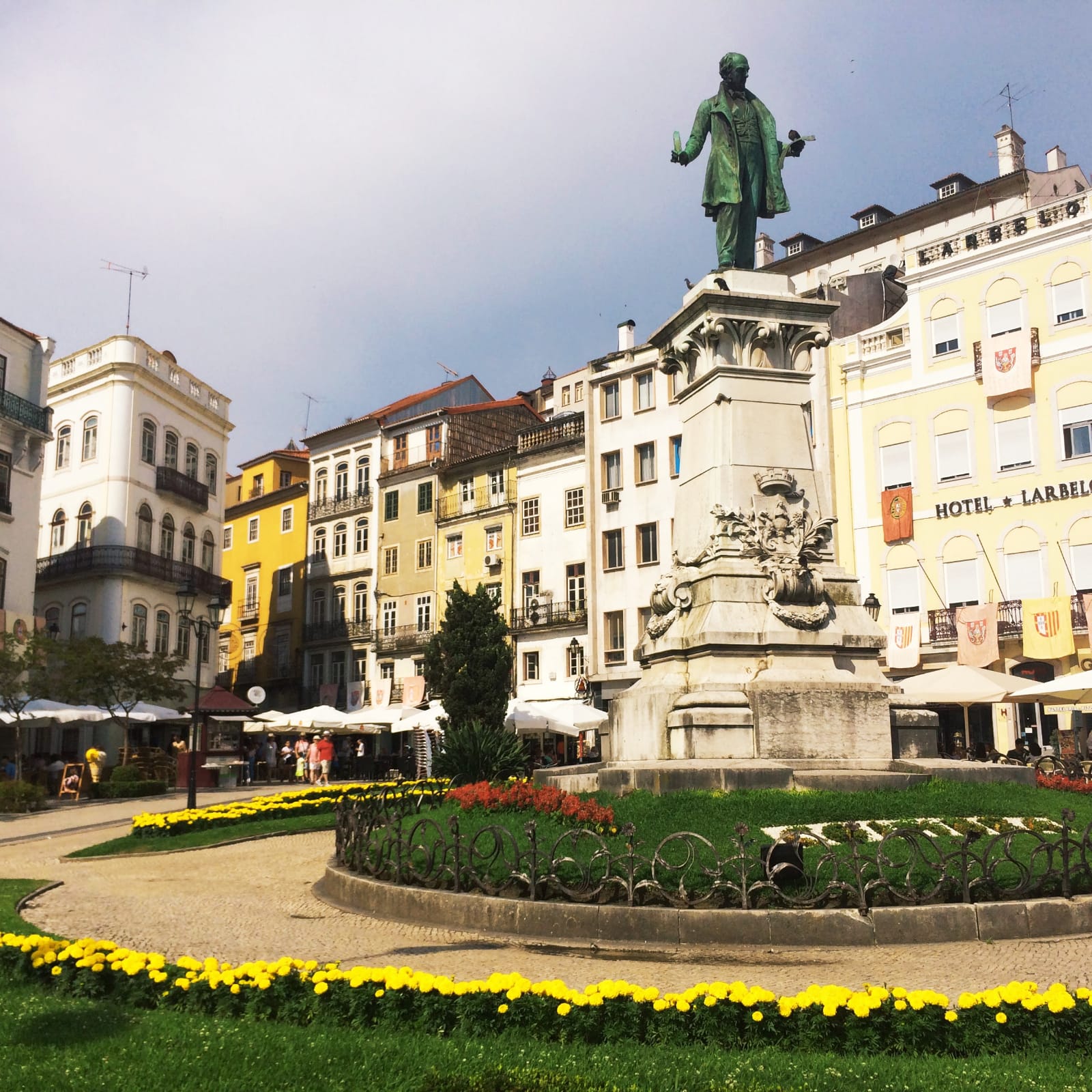 It's a good idea for a place to take a break. You can drink a coffee and eat the famous pastries of Santa Clara and Tentúgal. These are egg-based desserts. And the best place for this is the Pastelaria Briosa (Largo da Portagem).

You can't miss tasting these pastries while walking around the city!

The Pastel of Tentúgal is a typical Portuguese convent candy, created by the Carmelite nuns of Carmelo de Tentúgal and produced since the end of the XNUMXth century.

The popular characteristics of this pastry are the thin and crispy puff pastry. Unique in Portuguese confectionery, and egg filling.

Santa Clara pastel is a very famous delicacy in Portugal. Originating from the convent of the same name, it is one of the most famous convent sweets.

Its origin dates back to the middle of the XNUMXth century, in the convent that bears the same name, in Coimbra. It contains the following ingredients: filo pastry, powdered sugar, egg yolk, almonds, margarine, icing sugar, lemon.

It's happy hour ! Have a beer or a green wine, and maybe have some cold cuts at the Café Santa Cruz bar. It is located next to the Monastery of Santa Cruz.

This part was another church from 1530, which when desecrated eventually became a hardware store, police station, plumbing store, fire station. Until finally, in 1923, it became this coffee shop.

As the neighbors found it strange that an old church was the headquarters of a bar, they had to modify the facade a little before opening the business.

The Café snack bar Rainha Santa belongs to a Brazilian woman who settled in Portugal a few years ago.

It is located in António Augusto Gonçalves Street, in front of Portugal dos Pequenitos. It's a very simple, but very cozy little bar. The service is impeccable and you can meet the owner of this bar, who is a very friendly lady.

Take the opportunity to refresh yourself with a Panaché!

It is a very refreshing and traditional drink from the region, made from beer and 7 Up.
>> To find out more about Coimbra and its sights, see our page: « Things to do in Coimbra: an itinerary for one or two days. ".