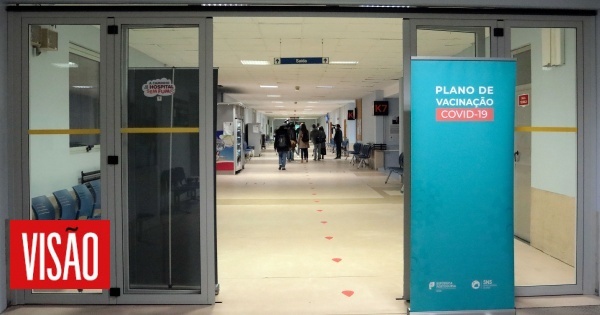 The National Health Service (SNS) presented a deficit of 1,1 billion euros in 2021, well above the 89 million initially forecast, with revenues increasingly dependent on funds from the state budget.

According to the Public Finance Council (PFC) report on the development of the performance of the SNS in 2021 published today, “the revenues of the SNS are increasingly dependent on funds from the state budget, which accounted for 96% of the total in 2021”.

The document, which considers this situation as one of the main budgetary risks, specifies that the less diversification of the sources of financing of the SNS is in accordance with the provisions of the current fundamental law on health (LBS), but poses "significant challenges sustainability of this public service". , in a context where the growth rate of public health expenditure was higher than that of the economy.

In this sense, the independent body chaired by Nazaré da Costa Cabral argues that the regulation of the LBS constitutes an "opportunity to ensure the predictability (and sustainability) of public health financing, guaranteeing a volume of resources that allows the SNS to fully comply with its mission.

In 2021, SNS spending reached around 12,4 billion euros, the highest value since the start of the series, in 2014, representing 5,9% of the country's gross domestic product and 12,2% of total public expenditure.

"Both revenue and expenditure showed unfavorable deviations from what had been budgeted in 2021, with revenue down by 227,7 million and expenses up by 783,1 million euros", underlines the report.

The CFP points out that the persistence of these discrepancies reflects an “inappropriate budget execution process”, as well as the absence of management mechanisms allowing effective control of revenue and expenditure items.

"It is a structural reality that has worsened in recent years and that makes it impossible to respect the budgetary limits approved by the Assembly of the Republic", warns the report, which also points out that the economic imbalance of the SNS continues to grow. reflect debt to external suppliers, which remains above 1,5 billion euros at the end of 2021.

According to the data published today, the capital injections carried out in the SNS over the past five years amount to 3,3 billion euros, still corresponding to more than 500 million annually, but have "not been able to contribute to the structural reduction of the debt of the SNS”.

At the end of 2021, the average payment period for SNS suppliers was 102 days – 169 days in the universe of companies in the state affairs sector integrated into the SNS – and only 20% of SNS entities had a average payment term less than 60 days.

SNS expenditure has increased "very sharply", particularly in the area of ​​personnel expenditure and hospital drugs, the report also mentions, noting that "ensuring the affordability of this growth is a challenge for the SNS and for finances. public themselves.

“Given the structural pressure on spending resulting from an increasingly aging population and from therapeutic innovation itself, it is important to maximize efficiency and predictability in the use of resources”, defends the PSC.

The organization considers it essential "not only to improve the efficiency of the process of planning the resources allocated to the SNS (human, financial, material and others), but essentially to strengthen the mechanisms for monitoring and evaluating the services and teams, in order to increase the autonomy and accountability of all those involved in the care process”.

As for user fees, the independent body adds that revenues have fallen significantly in recent years, totaling 64,8 million euros in 2021.

"In the last year of 2021, user fees accounted for 0,6% of total SNS revenue," the document said, adding that around 60% of SNS users were exempt or exempt from paying fees. user fees at the end of 2021. and that more than 85% of these waivers or exemptions are justified by economic insufficiency, chronic illnesses or age.