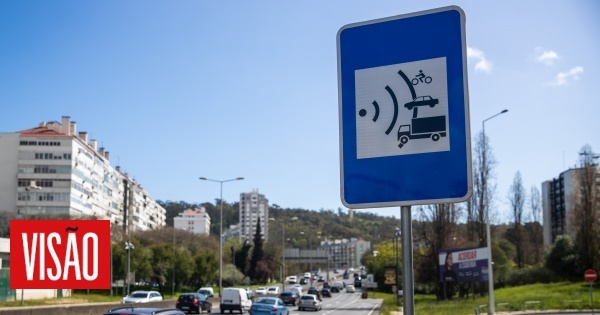 At issue is the Book proposal in the Chamber of Lisbon, approved on May 11, which determines the reduction of 10 kilometers per hour (km/h) of the maximum traffic speed in the city and the elimination of car traffic on Avenida da Liberdade on Sundays and public holidays.

Although the municipal executive subsequently approved, on May 25, a proposal by the PCP to study, plan and conduct a public consultation on these traffic changes, the municipal group of Aliança presented a recommendation to the council. to proceed with the "immediate suspension" of the execution of the decision taken on May 11.

The recommendation was rejected with votes against BE, Livre, PEV, PCP, PS, PAN and two independent deputies from Cidadãos por Lisboa (elected by the PS/Livre coalition) and votes in favor of PSD, IL, MPT, PPM , Aliança, CDS-PP and Chega.

The same Aliança proposal suggests "the opening of a call for tenders for the preparation of an independent technical study, to be carried out by an entity with adequate technical capacity and experience, with a view to evaluating the effects of the measure on the environmental, economic and social level", recommendation which was approved, with the votes against BE, Livre, PEV, PCP and PAN, the abstention of the PS and the independent deputies and the votes for PSD, IL, MPT, PPM, Aliança, CDS-PP and Chega.

During the meeting, the municipal deputies also approved a motion by Livre to ask the government to speed up the necessary procedures, including new hires, given the urgency of normalizing the important transport service that the Metropolitano represents. from Lisboa for the city.

The assembly also approved a series of recommendations to the City Council, namely a text of the BE for the coercive works in Casal do Gil in Ajuda, a document of the independent deputies for the safeguard of the trees and the collective garden of the primary school Santo António in Alvalade, in addition to a PEV text for “self-service” bicycle repair and maintenance stations.

Other proposals made possible, which are addressed to the Chamber, have been the recommendation of the EPI for the development of a Detailed Plan for the Safeguarding of Tapada das Necessidades, a text of independent deputies to improve the quality and variety of meals schools in the municipality, a Document of the CDS-PP for the creation of a Parish Green Package to be distributed to the parish councils of the city and a recommendation of the Book to prioritize and accelerate the government action of the city in the realization of the Agenda 2030.

By the proposal of Aliança, approved with the votes against of BE, PEV, PCP and independents, the abstention of Livre e Chega and the votes for PS, PSD, PAN, IL, MPT, PPM, Aliança and CDS-PP, the municipal deputies also recommend that the Chamber, in collaboration with airlines, tour operators and ANA – Aeroportos de Portugal, "develop all the actions it deems appropriate in order to immediately relieve the pressure on Humberto Delgado airport, by seeking to avoid its exhaustion and the consequent non-quantifiable damage to tourism and business in the city of Lisbon”.