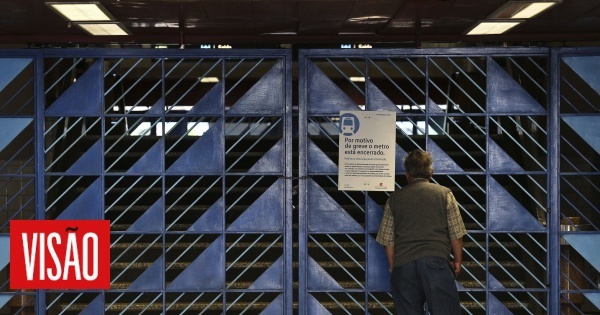 On the night of Santo António, from June 12 to 13, the green and blue lines began to have extended hours (after 01:00 a.m.) due to popular parties, which are now back on the streets after two years without taking place. due to the covid-19 pandemic.

Speaking to Lusa, Anabela Carvalheira, from the Federation of Transport and Communications Trade Unions (Fectrans), explained today that during the plenary sessions held on Wednesday, the workers of the transporter – who have already made several stops this year with suspension of service – have decided to keep the strike notice for overtime and special events during the month of June, which includes the night of the party.

"The trade unions remain available to find a solution as soon as there is political will on the part of the supervisory authority or indications to the board of directors of the metro", declared Anabela Carvalheira.

The trade unionist also pointed out that "at the moment the special service is not guaranteed" on the night of Santo António, pointing out that, although no meeting is scheduled with the management of the company or with the guardianship, this "does not mean that at any time it will not be able to exist".

“We are [organizações sindicais] always available for that,” he added.

According to the trade unionist, a 24-hour strike notice was also given for June 26.

According to Anabela Carvalheira, Metro de Lisboa has "a great shortage of workers in the operational area", considering that "it is almost impossible to solve the problem of the PB [trabalhadores maquinistas e os trabalhadores chiefia do posto de comando central] find a solution which appeals to employees.

“On the other hand, compared to collective bargaining, the material presented by the board of directors was very insufficient for workers who have not seen their salary conditions improved for many years”, explained the manager, noting that in the proposal presented, the benefits would be withdrawn from the workers already signed in the company agreement.

“It was impossible to accept this proposal,” he repeated.

On May 27, the administration of the Lisbon Metro pledged to reduce the offer of the service so as not to overload employees' schedules, said the unions representing the workers at the time, after a meeting with the government. .

That day, when another strike took place, the four representative unions met with the Minister of Environment and Climate Action, Duarte Cordeiro, and the Chairman of the Board, Vítor Santos .

“It turned out that it was assumed that the board would try to make an effort, starting Monday [30 de maio], to present us with a proposed schedule that will reduce the offer and lighten the load of the operational workers, but it is insufficient. We also had to see some answers that were pending and that would be given during the next week, ”he said at the time.

Anabela Carvalheira noted that this supply reduction measure will be taken by the company until there is an increase in the number of workers, a situation which, for the trade unionist, is at the origin of the "main problems that exist in the Metropolitano de Lisboa".

Also in May, Environment Minister Duarte Cordeiro, who oversees urban transport, admitted that the Metropolitano de Lisboa needed more workers and said that by the end of June procedures for those hires would begin. .