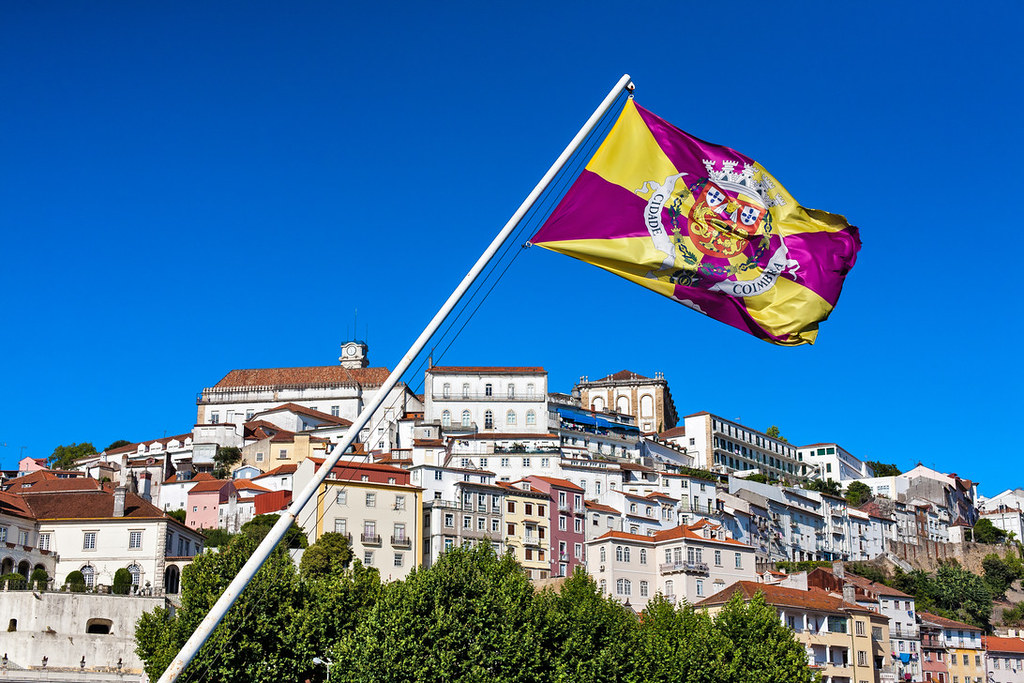 Historically famous for its university, Coimbra is a beautiful city! It should therefore be included in your itinerary!

If you plan well, you can visit the main tourist spots of this city in one or two days.

How to get there and how to get around?

If you are in Porto or Lisbon, you can take a train to the city located on the banks of the Mondego River.

Most tourists who visit the city choose to do almost everything on foot. From the train station to reach the University and then, the tourist sites which are on the other side of the river. There is no need to travel there by car or bicycle, it is more convenient to walk.

If you are not yet "fitness", you will be! As the name already suggests: “Alta de Coimbra” and “Baixa de Coimbra”, prepare to go up and down many slopes and stairs. You will find very interesting alleys on your way.

For those departing from Largo da Portagem, the University of Coimbra is at the top of the mountain. The path you will take to get there is full of attractions and sights.

Tip: take a small bottle of water and, if it's sunny, sunscreen! The city is extremely hot during the summer.

We start with the Largo da Portagem where you will find, in the main square of the city, the statue of Joaquim António de Aguiar. This was better known as " Mata Frades And his statue was sculpted by Costa Mota.

You will also find one of the architectural symbols of the city of Coimbra, the Astória hotel built in 1926 and the building of the Bank of Portugal in Coimbra.

Both were built by the architect Adães Bermuda.

As you walk through this square, you will see many bars, restaurants, shops, pharmacies. Take advantage of this time to rest a little, eat and go shopping! Of course I stopped at Pastelaria Briosa to eat some cakes.

Have you rested? Perfect. We continue …

It will not be difficult to find the Iron Gate, entrance to the city's main attraction, the University of Coimbra.

You will arrive at Paço das Escolas where you can visit the beautiful Biblioteca Joanina. It is a masterpiece of Portuguese Baroque and one of the richest libraries in Europe!

You will also see the Sala dos Capelos, la Prisao Academica, São Miguel chapel, climb on the roof and take a classic photo on the steps of theUniversity of Law.

La São Miguel Chapel, is right next to this library and worth a visit. Everything is so white there that your eyes hurt, so don't forget your sunglasses.

Until today, it is seen as a university of tradition. If you're lucky, on commemorative dates, students don their traditional black capes. These clothes and accessories, you will find them in a shop called In Toga.

This is the most important museum in Coimbra, which occupies the old facilities of the Episcopal Palace of Coimbra, where the old São João de Almedina church was located.

On the lower floor of the museum is the Roman cryptoporticus, which once supported the Roman forum (these are the ruins of the ancient Roman city).

Make sure you don't find it closed. Its opening hours are Tuesday to Sunday from 10 a.m. to 18 p.m. Tickets are not expensive and you can buy them on site.

The Sé Nova and Sé Velha Cathedrals of Coimbra

It's time to go downhill. As the Portuguese saying goes, to come down, all the saints help you!

You will find the Sé Nova Cathedral of Coimbra. It is a Catholic temple that is located in Largo da Feira in the disappeared parish of Sé Nova.

Then Sé Velha from Coimbra, a Romanesque church, built in yellow limestone.

The gate and tower of Almedina

Going down a little further towards the parish of Almedina, we come across the Gate and the Tower of Almedina, better known as the Arc d'Almedina (pointed arch gate).

Passing through these alleys, you will see some super cute souvenir shops, as well as bars and restaurants.

The whole being surrounded by a decoration of flags and colorful and jagged umbrellas. Some are even flowery. All very beautiful!

If you like freedom of expression through art, there is one detail that will catch your attention. As you walk down from the university campus to downtown Coimbra, there are lots of graffiti walls.

Don't miss the chance to read some of them and get a little better understanding of the people who live in this city. The walls have stories, just like us.

The monastery of Santa Cruz

Finally, we find the Monastery of Santa Cruz, which was founded during the reign of D. Afonso Henriques, by a group of twelve Canons Regular of Saint Augustine.

This church was built by the French architect Roberto, and until today it has received several restoration works (find out more).

Take the opportunity to take a break at Cafe Santa Cruz, which is just opposite. It is considered to be one of the most traditional coffee shops in the city.

If you are staying a second day, it is advisable to take a taxi to visit the attractions that are across the Mondego river.

The first attraction of the day is the Santa Clara-a-Nova Convent. You will notice that the path is long until you reach the destination.

From up there you can enjoy a magnificent view of the city, which is already starting to make the visit worthwhile. Then take the time to visit church. You will be surprised at what you find.

In the altar is the tomb with the body of Queen Santa Isabel, who died 679 years ago. If you have time, stand in line to offer her a rose and see her hand through a window. Even after so many years, it is still intact!

Already with a lighter soul you can go float at Quinta das Lágrimas. The entrance fee is super cheap and everything is just beautiful!

Looks like a movie set! So, enjoy this setting, which was also a Portuguese love story between Pedro and Inês, To take pictures.

As you leave Quinta das Lágrimas you will find a small bar called Cafe Snack Bar Rainha Santa. Take the opportunity to cool off a bit and drink the famous Panaché. A typical drink from Portugal. This bar is just across from Portugal dos Pequenitos.

It is a thematic park in Portugal designed and built as a fun, educational and tourist space, characterized by small-scale constructions. There you will see miniatures of houses typical of the regions of Portugal.

>> To find out more about restaurants and bars in Coimbra, see our page: « Suggestions of places to eat in Coimbra: the best of the region" page (in French).