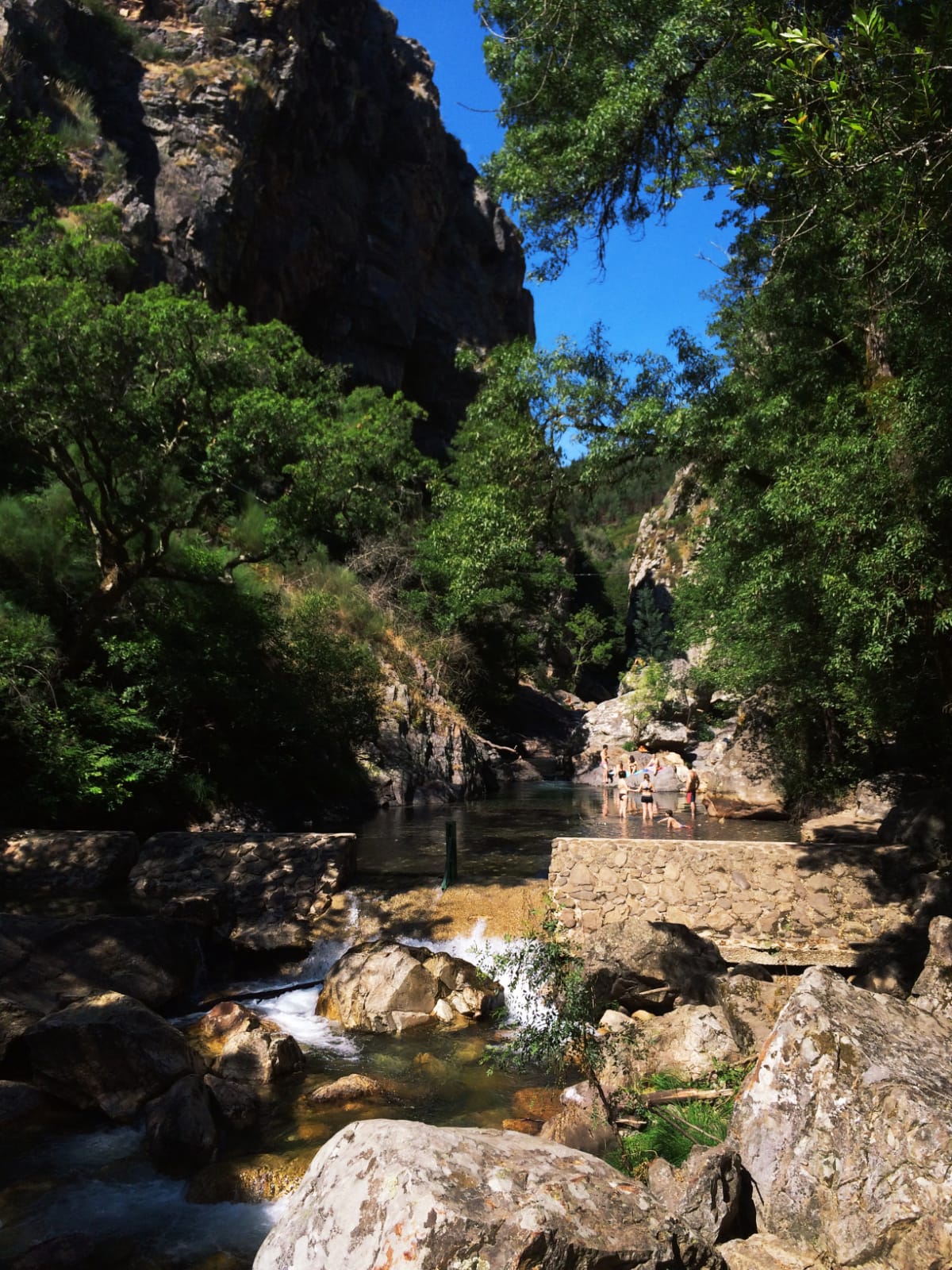 Figueiró dos Vinhos is a Portuguese village located in the district of Leiria, with extensive landscapes. You will contemplate impressive monuments and its nature. You will appreciate the fresh air and a unique light.

In the municipality of Figueiró dos Vinhos, right in the center of Portugal, the splendid walking trail of Fragas de São Simão has just been created. A place that has everything to be one of the biggest stars in central Portugal.

It is known to be a village with only one street. There is a new collective feeling made up of people who have taken the houses back with their own hands.

The Aldeias do Xisto boutique in Casal de São Simão shares its building with the Varanda do Casal restaurant. You will be able to taste the best of regional gastronomy there.

If this walk seems short to you, you can always follow the circular trail PR1 FVN, which is the Casal de São Simão shale trail. In total you will travel about 5 km. Besides the places already mentioned, you will also pass along the Ribeira de Alge and Fato.

The Fragas of São Simão

The Fragas de São Simão are one of Portugal's greatest natural wonders. These imposing quartzite ridges, ultra resistant to erosion, rise to several tens of meters in height. A breathtaking landscape.

In the middle of the forest, forming an idyllic gorge, passes the Ribeira de Alge. It gives rise to one of the most beautiful river beaches in Portugal, the Fluvial das Fragas de São Simão beach.

In this natural setting is a lush forest whose beauty and serenity transport us to the Garden of Eden.

Other nearby tourist places to visit are: Aldeia d'Ana de Aviz, Torre da Cadeia, Museu and Artes Center in Figueiró dos Vinhos and Convento do Carmo.