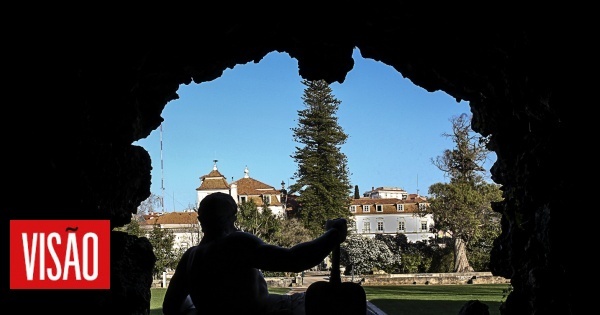 From October 12 to 17, the Gardens and Palaces Marquês de Pombal, in Oeiras, will host the pioneering edition of an international science festival (FIC.A), with an entirely free program - divided between auditoriums, cinema, literary space, exhibition spaces or dedicated to sport and a gastronomic space - which also includes an educational program, prepared to receive 20 students and contribute to their education and their scientific culture, according to the organization.

It is a “different initiative”, a “festival inspired by the British tradition of science festivals and which differs from the models to which we are accustomed by its interactivity”, Rúben Oliveira, scientific director of Senciência, the company which organizes the event , says the Lusa event.

It is in essence a festival, because it not only has a scientific and technological program, but also a cultural and artistic program, which makes it a "real celebration of science, that's what is wanted".

Among the proposals of these days, Rúben Oliveira highlights the participation of the North American biologist Thomas Lovejoy, who has studied the Amazon for more than 50 years and is considered the father of biological diversity, “a name that appears in textbooks and history books on ecology. and biodiversity ”.

“We have Timothy Caulfield [investigador canadiano] who is dedicated to health ethics and has done a lot of work on the theme of health misinformation, which has been accentuated by the pandemic, and we wanted it to be a flagship theme of the festival. », He underlined.

On the art side, the festival director puts forward a noiserv night concert, with the usual light show and musical performance associated with "a lot of technology".

"We are also going to have a circus, based on a European project which will be implemented in Portugal by MagdaClan, which is a contemporary Italian circus company, in partnership with Chapitô", he added.

On the authors' side, names like German journalist Jürgen Kaube will be in attendance, who will not only participate in a session with authors, but also give a talk on The Theory of Everything - how it all started, from the smallest question to the the most complete - or the British author and editor-in-chief of Nature magazine for more than twenty years, Philip Ball, who will bring a "vision of the common patterns between art and nature, how nature inspires art" .

The FIC.A will also have the participation of several commissioners, "who represent some of the brightest minds in the country", from Emanuel Gonçalves, who will make a presentation on the oceans, Elvira Fortunato (Prémio Pessoa and world pioneer specializing in electronic paper ), who chose to talk to schools and talk about the technology they are developing, or Zita Martins, who will talk about astrobiology.

Barry Fitzgerald, Irish author and broadcaster dedicated to exploring the science behind superheroes, author Amy Stewart and Harvard University science historian Naomi Oreskes are other names invited to participate in the event.

As for the exhibitions, they are also segmented by target audience, with children scheduled, for example, at a dinosaur exhibition, which comes from the Dino Parque, in Lourinhã.

Another of the exhibits arrived via the Polish Embassy and concerns Lem's Bestiary, which connects notions of monsters and beasts to a technological part, and recreates beasts and monsters with this vision, explained the festival director. .

Other exhibition proposals are the “Deep Sea Expedition”, which arrives from the Portuguese Institute of the Sea and the Atmosphere, a video mapping by Cuban-American artist Agnes Chavez, or a more diverse exhibition that comes from the Algarvensis Geopark, candidate for the Algarve Geopark, which had a 'fantastic initiative of art, science and nature during the summer, and will bring some of the pieces that it has produced ”.

The link between science and sport and gastronomy are two other bets of the organization, which materialize in the program, either through the participation of the Olympic vice-champion Patrícia Mamona and the Portuguese Football and Athletics Federations, or of the Portuguese “mixologist” Constança. Lamb.

The festival will take place over six days, between 10:00 a.m. and 23:00 p.m., mainly aimed at schools in the early morning and, at the end of the afternoon, with a program for adults and families.

“The experience can be a bit of everything: three to see a conference, four to see a movie, five to an exhibition, nine concerts and ten to be in a bookstore, in session with authors. There are all these formats within the FIC.A ”, explained Rúben Oliveira.

The main concern of the programmers was that the festival "speaks to everyone", thus having segmented the activities: what is for children, which educational cycles, what for adults, what is -this for the senior audience, ”added the official, adding that the festival is designed to receive, in addition to students, more than 20 thousand people, for a total of about 40 thousand participants.

The festival program is available on www.fica.pt.