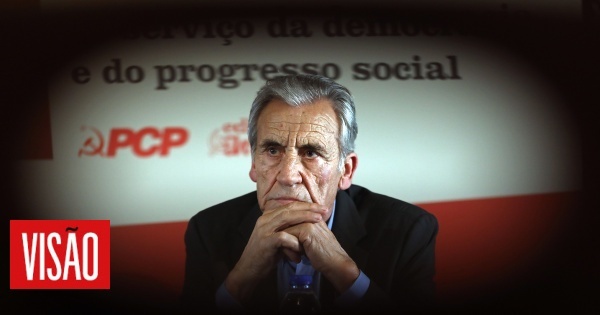 In a communiqué on the conclusions of the last meeting of the Central Committee, the PCP denounces a "global operation" with anti-communist content which incorporates "instruments of domination which mass information" and "invade all levels of life, aimed at isolate the party. and weaken its influence.

"More than a succession of campaigns, which has been and has been particularly evident in recent years, what is directed against the party is a global operation", argues the communist leadership.

The "anti-communist offensive", a term used by the Central Committee, has gained prominence during the pandemic through the party's "attempt to restrict freedoms, slander the leaders", continuing with schemes of "lying about the PCP's opposition to the state budget”. for 2022 and now, with a more odious expression, around the war in Ukraine”.

The communist leadership concludes that a “meticulous articulation between the objectives defined by big business and its instruments of political and ideological domination placed at the service of this strategy” has been underway for a long time.

The goal, continue the Communists, is “to distance the PCP from a more decisive intervention at the national level, to denigrate its project, its objectives and its ideal”.

The Central Committee recognizes in the press release that it was necessary to specify "orientations, priorities and lines of intervention" after the legislative elections of January 30, during which the CDU (PCP / PEV) obtained the worst result of all time and the PCP lost four of its ten deputies that it had in the previous legislature.

"The evolution of the international situation and the vast operation of manipulation and ideological intoxication in progress, with strong expression at the national level, have aroused demands for resistance on the part of the party collective and an increased need for initiative and connection with the masses,” the party adds. .

The fourth national conference organized by the party will take place on November 12 and 13, this time under the slogan "Seize the initiative, strengthen the party, respond to new demands".

During the press conference held in the morning at the party's headquarters in Lisbon, the general secretary of the PCP, Jerónimo de Sousa, announced the conference, but did not indicate a location.

The statement from the Central Committee mentions that it will take place at the Alto Moinho pavilion, in Corroios, in the municipality of Seixal.