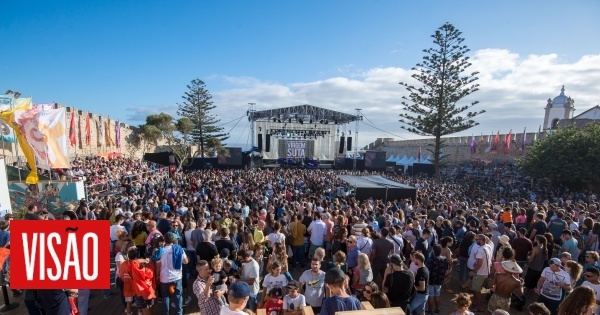 The 22nd edition of the Festival Músicas do Mundo (FMM), whose program was presented today, in the village of Porto Covo, in this municipality on the Alentejo coast, will bring together "artists from 27 countries and regions" , revealed the organization.

“After a two-year hiatus due to the [covid-19] pandemic, the festival is coming back online with the principles of geographical, aesthetic and cultural representation that have guided it since its origin,” said the Chamber of Sines, l organizing entity, in a press release.

The event will take place from July 22 to 24 in Porto Covo, where 12 concerts of Arts in Sines and Vasco da Gama Avenue are scheduled.

Returning to the various stages of the county, the promoters want to reinforce the visibility of women artists and "their real contribution to music on a planetary scale", with a strong presence from the American continent.

The African continent also "shows again the diversity of its musical expressions", from the Sahara desert, represented by the Tuareg Mdou Moctar, to the archipelagos of the Indian Ocean, with the presence of Maya Kamaty, from Reunion.

According to the organization, Portuguese representation will be through different styles "ranging from fado to reggae", such as Club Makumba, Dulce Pontes, Fado Bicha, Paulo Bragança, Pedro Mafama, Sara Correia and Simply Rockers Sound System.

Music from Spain, between Galicia and Catalonia, is also very present this year, with concerts by Albert Pla, Angélica Salvi, Baiuca, Maruja Limón, Niño de Elche and the duo Lina_Raül Refree, which "joins Portugal and the 'Spain'. in a "new approach to fado".

“From the Mediterranean and the Caucasus, via the Black Sea, we will see on stage the Greek artist Marina Satti, the Bosnian group Dubioza Kolektiv, the Romanian gypsy group Taraf de Caliu, the Franco-Armenian duo Ladaniva and the circus encounter Zaur Nagoy. + Jrpjej,” the organization said.

According to the promoter, in addition to Lakha Khan, ambassador of music from Rajasthan (India) and the artist who "goes further to Sines", this year's edition will also be marked by "intercontinental meetings", including B2B projects beat DJ Dolores (Portugal/Brazil), Guiss Guiss Bou Bess (Senegal/France) and KUTU (Ethiopia/France).