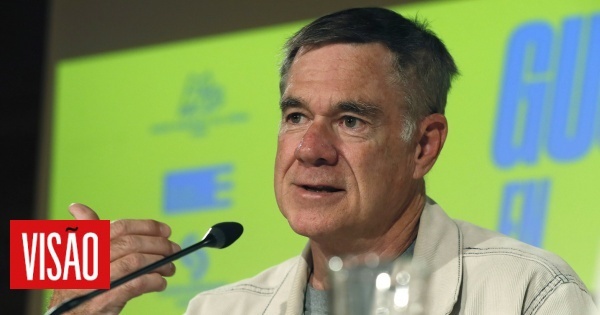 “Andy” is presented Thursday at the Teatro Nacional D. Maria II, in Lisbon, as part of the Bienal de Artes Contemporâneas (BoCA), and is the result of the first experience of Gus Van Sant, 69, in the setting stage and in the performing arts.

“I had been working on a project on Warhol for a while, but I hadn't really decided what it would look like when John Romão [diretor artístico da bienal] suggested we do this. The musical was born because we realized it could be okay, ”Gus Van Sant told reporters at the end of one of the show's rehearsals.

In “Andy”, Gus Van Sant signs the text, the staging, the music and the lyrics for a cast of nine young Portuguese actors, under the musical direction of Paulo Furtado (The legendary tiger man).

The plastic artist represented in the show "is a very strange character who does not quite correspond to the image we have of Andy Warhol", explains Gus Van Sant, but the intention was "to try to bring together the best moments of his life "" to explain the rise of the art world in the 1960s ".

In one of the rehearsals, the actors symbolically represent the moment when Andrew Warhola transforms into the charismatic and influential 'pop art' name Andy Warhol, using a wig, from one of the iconographic images of the artist, and the famous representation of the Campbell's Soup Can.

They are all young actors aged 17 to 23, who embody figures with whom Andy Warhol has lived and crossed paths, such as the writer Truman Capote, the poet and photographer Gerard Malanga, the singer Nico and the gallery owner Leo Castelli.

"I am very inexperienced, I am in the first year of Escola Superior de Teatro e Cinema", begins by entrusting the actor Diogo Fernandes, 23, who plays Andy Warhol, to the Lusa agency.

About this theatrical experience with Gus Van Sant, Diogo Fernandes praised the “great freedom” to work with the actors: “He had his vision, but that gives us great freedom of work and accepts our proposals and it is a symbiosis and a very healthy author. job ".

Gus Van Sant even considered doing the musical in Portuguese, but opted for English, as “Andy” will have an international career from October until the end of 2022.

“The actors in the play are very experienced, although they are very young, from 17 to 23 years old. I was surprised that they are so good (…) and speak very good English, ”said the director.

From the dates already confirmed, it is known that after Lisbon, the musical will be presented from October 7 to 10 at the Roma Europa festival, in Italy, on the 16 at the Teatro das Figuras, in Faro, and in November it will be premiered. in Amsterdam, the Netherlands, and Antwerp, Belgium.

In 2022, it will be in Valladolid, Spain, and Reims, Toulouse and Paris, in France.

“This moment will be a milestone in our lives. We are all in a very fresh and very green career phase. And the fact that we work in our own country - I think it's always the most beautiful - and that an American director like Gus Van Sant comes to Portugal and works with a Portuguese cast, doesn't seem true. It doesn't look like it! Exclaimed Diogo Fernandes.

The third edition of BoCA - Bienal de Artes Contemporâneas kicked off on September 3 in various cultural spaces in Lisbon, Almada and Faro, with presentations by artists from different fields such as Grada Kilomba, Capicua, Luís Lázaro Matos and Agnieszka Polska.

The biennial, which brings together the visual arts, “performance”, the performing arts and music, runs until October 17.

The content Filmmaker Gus Van Sant makes his musical debut in Portugal, which will shoot until 2022 first appears in Visão.