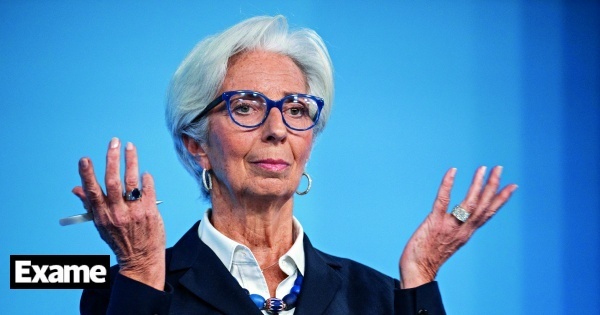 It is the end of the era of unconventional policies of the European Central Bank (ECB). The institution headed by Christine Lagarde announced on Thursday that net purchases of debt securities will end on July 1. Moreover, for the first time in more than ten years, the key rates of the central banks will start to rise, leaving negative territory. The first increase will take place on July 21, the date of the next ECB monetary policy meeting. The central bank has signaled another hike for September that could be even more meaningful, depending on how inflation has fared to that date. And, after this date, the cycle of increases will continue, but in a “gradual manner”.

The rise in prices, which took the inflation rate in the euro zone to 8,1% in May, already predicted that the ECB would have to exit its policy of negative interest rates and asset purchases in an attempt avoid losing control of inflation. In the financial markets, almost everyone was betting that at the meeting this Thursday, Christine Lagarde would prepare the ground for an increase in interest rates, which has been confirmed.

It is this anticipation of the start of the cycle of rising interest rates in the euro zone that has led to significant increases in the Euribor and public debt interest rates in recent months, a strong sign that the service debt – both for the State and for companies and families – will require a greater financial effort from the debtors. The 6-month Euribor, for example, has fallen from -0,539% to 0,034% since the start of the year. They are expected to continue to increase in the coming months.

The 6-month Euribor is already in positive values

Ten-year treasury bill rates, on the other hand, climb by 0,485% to 2,643% in 2022. Despite the closure of the asset purchase cycle, which has helped contain interest on sovereign debt in the euro zone , the ECB will continue to be attentive to the excessive increase in the cost of credit in certain countries of the economic bloc in order to avoid a new crisis. The central bank will continue to reinvest the money from the debt securities it holds. And “in the event of a renewal of the fragmentation of the markets linked to the pandemic, the reinvestments may at any time be adjusted flexibly over time, by asset class and between jurisdictions”, specifies the institution headed by Christine Lagarde.

For example, if Italian or Portuguese debt is under pressure from the markets, the ECB can use the money from a redemption of maturing German bonds to buy Portuguese or Italian bonds in order to avoid an escalation in the interest of these country.

Until the end of September, key rates could rise between 0,50 and 0,75 percentage points, the ECB has revealed

With inflation further and further away from the ECB's 2% target, the central bank has decided to open the game and reveal its plan to try to regain control of price developments. For several years, the institution has had its key rates at historically low levels: in the case of the deposit facility – the amount applied to banks that deposit money with the ECB – the rate is negative -0,50 %. In the main refinancing operations interest rate – the interest the ECB charges to lend money to banks to extend credit to the economy – the present value is 0%. In other words, free money. The marginal lending facility rate is 0,25%.

In July, all these rates will be increased by 25 basis points (0,25 percentage point). In September, there will be a further rise which could reach 50 basis points, if the "medium-term outlook for inflation persists or deteriorates", explained the ECB in the press release on monetary policy decisions. From that date, the central bank “expects a gradual but sustained trajectory of further interest rate hikes”.

Since the last months of last year, inflation has shown signs of moving well above the ECB's 2% target. At the time, Christine Lagarde and other central bank officials interpreted this phenomenon as transient, driven primarily by energy costs. However, at the beginning of the year, and even before the Russian aggression against Ukraine, there were signs that the cycle of rising prices could be much longer than expected. The scenario got even worse with the invasion ordered by Putin, given the weight of Russia and Ukraine in the energy and food markets.

“Inflationary pressures have broadened and intensified, with the prices of many goods and services rising sharply. The Eurosystem staff have carried out a considerable revision of the reference projections for inflation. These projections indicate that inflation will remain excessively high for some time,” the ECB now acknowledges.

Central bank economists were forced to revise inflation estimates again for the next few years. “The new projections prepared by Eurosystem specialists indicate annual inflation of 6,8% in 2022, which should decrease to 3,5% in 2023 and 2,1% in 2024, these values ​​being higher than those put forward in March projections. ”. To fulfill its mandate, the tool available to the ECB is the increase in interest rates, a means that can reduce the granting of credit, consumption and investment.

The risk is that by doing so, the ECB will slow down economic activity in such a way as to contribute to a recession. However, with current information, the central bank considers that "the conditions are in place for economic growth to continue, due to the continued reopening of the economy, a strong labor market, support budget and savings accumulated during the pandemic". The institution now projects eurozone GDP growth of 2,8% in 2022, 2,1% in 2023 and 2,1% in 2024.