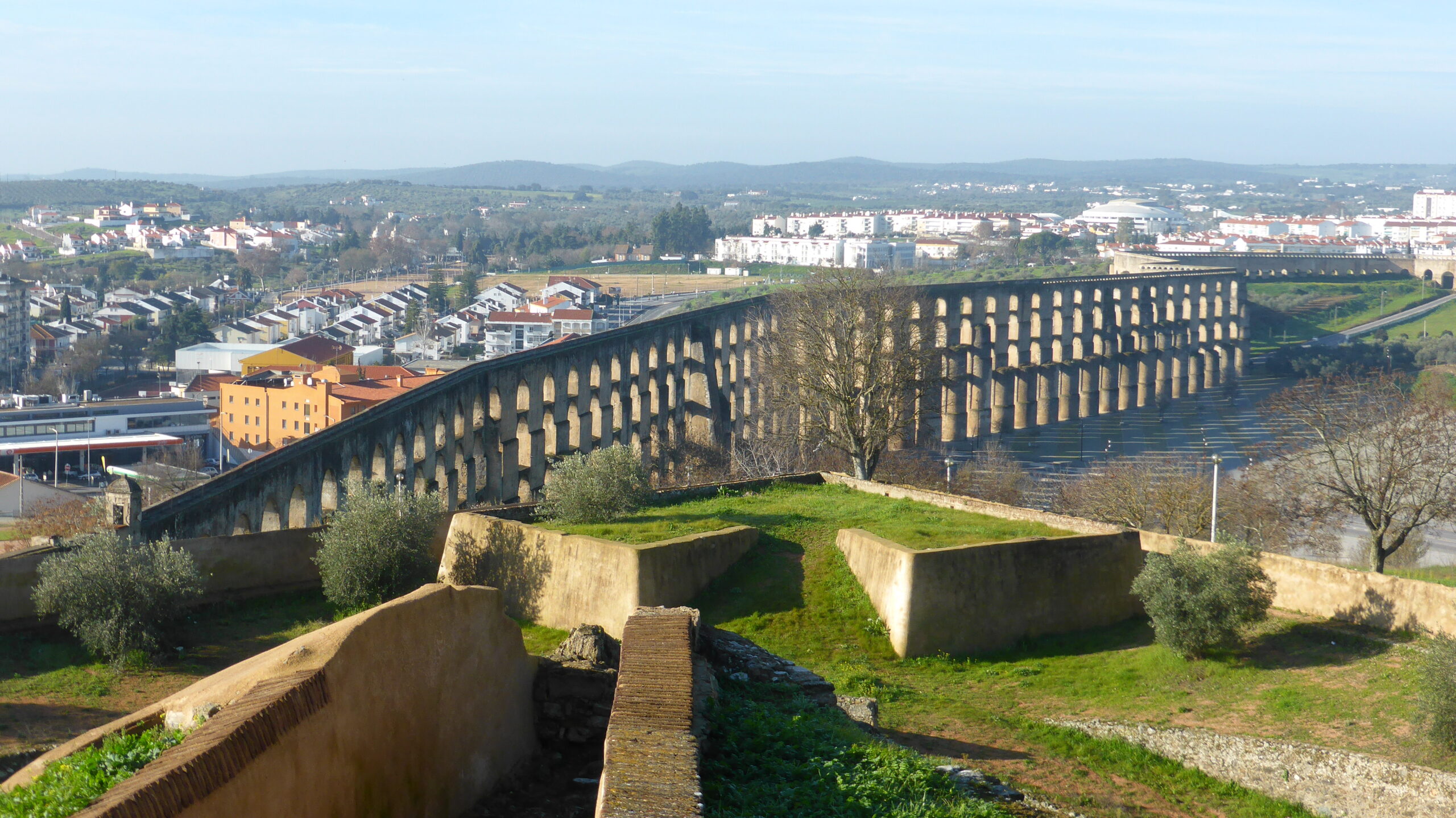 Elvas is great for its history and strategic location. The construction of the fortress began in 1645 and was inspired by the Dutch masters.

The most famous photo of this city is the one where it can be seen from above. It is from here that you can see the star-shaped forts, which are on Portugal's list of World Heritage Sites.

Where is Elvas and how to get there?

Elvas is a town in theAlentejo, very close to the border of Badajoz, Spain. The Guadiana River, which is one of its limits, also marks the border with the neighboring country.

To get to Elvas, the best option is to go by car. This way you will easily get to know the city and the two forts.

What to visit in Elvas?

The Fort of Graça

The visit of the fort of Graça is very interesting. First of all, for the size of the place. Then, because of the veritable labyrinth of corridors and underground passages.

On both occasions she succeeded in resisting the siege. With the civil war, from 1828 to 1834, the fort became a political prison. In 1875, it was used as a military prison. In 1989, they officially deactivate it.

Along with the construction of the Fort de Graça, the Forts of São Mamede, São Pedro and São Domingos were also built. It is all part of the defense system overthrown by UNESCO.

The fort of Santa Luzia

This fort is also open to visitors, having been converted into a military museum, where one can find war objects that marked different eras of the city.

It is worth taking a tour of Elvas for a few hours, considering the historical importance of the city. It is quite easy to wander the historic streets and see everything I have listed below.

In the Republic Square, right in the middle of the historic center, is the Church of Nossa Senhora da Assunção, the former cathedral of Elvas, dating from 1517.

Other churches to visit in the city are the Igreja das Dominicas, with its octagonal plan and interior decorated with Renaissance frescoes. Opposite are the Pelourinho and the Arch of Santa Clara, gateway to the old Muslim city. And the Church of S. Pedro, founded in 1229, the oldest in Elvas.

There are a few museums to visit in Elvas: the Contemporary Art Museum, the House of Culture (former Paços do Conselho), the Military Museum (different from the Fort) and the House of Jewish History (located in the old synagogue).

The Amoreira Aqueduct is an impressive construction, about 8 km long, which runs from the source of the Amoreira River to the Misericórdia fountain in the center of the city. It is one of the examples of hydraulic architecture in Portugal, because in addition to gigantic arches reaching 31 meters, it also has underground galleries and canals.

While walking along the ramparts, at specific places of the bastions and the castle, it is possible to have an incredible view of the surroundings, including the forts and the aqueduct.