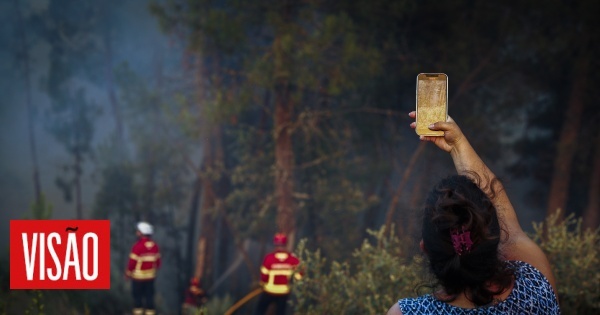 A source from the District Relief Operations Command (CDOS) in Vila Real told Lusa that the fire was considered under control as of 21:30 p.m.

At 20:00 p.m., in a statement to reporters, the commander of the Vila Real Relief Operations District (CODIS), Miguel Fonseca, had anticipated that the “situation was much calmer”, that “things went as planned. and that the fire could soon be brought under control.

Throughout the day, various aerial assets and tracked machines assisted operators in the field.

During the night, there will be a repositioning of resources and a "massive presence" of men will be maintained in consolidation, post-coup and surveillance operations".

On Saturday, according to Miguel Fonseca, there will also be a "very strong presence of agents" to prevent reactivations.

According to the municipality, Vila Pouca de Aguiar has lost around 4 hectares of pine forest, bush and agricultural crops in the two major fires that have raged in the municipality in the last two weeks, with a high financial loss for the populations. local.

“With very significant losses. We are talking about a very important area of ​​mature pine forest, with pines over 20 years old and many of these areas with recent interventions, but which were not sufficient, due to the winds we had, to prevent the spread of the fire,” said the mayor of Vila Pouca de Aguiar, Alberto Machado.

According to the website of the National Rescue and Civil Protection Authority (ANEPC), the fire mobilized, at 21:45 p.m., 317 operational and 93 vehicles and nine air assets.

The alert to this fire was given at 17:14 p.m. Wednesday, in Revel, and, in a short time, there was a great mobilization of resources for this event which experienced very rapid progression in the pine forest and even advanced on three foreheads.

Miguel Fonseca said the fight was made difficult by weather conditions, high temperatures during the day and strong winds with constant variations.

“Overnight we found opportunities for consolidation, but there were also wind shifts the last two nights which also made the process difficult,” he said.

This is the second major fire in a week in this county. The fire that broke out on July 17 in Cortinhas, Murça, progressed to Vila Pouca de Aguiar and burned a large area of ​​pines and bushes, more chestnut groves, vineyards and pastures.