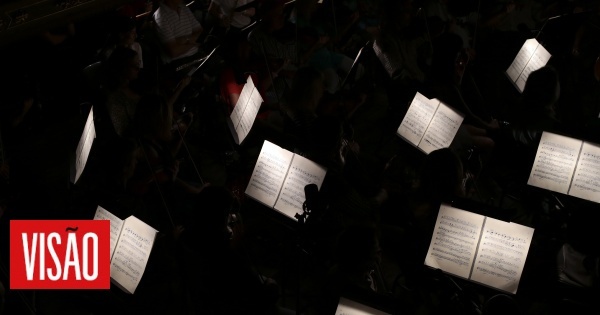 “Under the terms of the contract, the regional orchestra has the obligation to present a quarterly report of activities and accounts. It is only after the presentation of this document that the DGARTES is contractually entitled to pay the quarterly alimony", reads a clarification sent to Lusa, indicating that "the Orquestra Regional do Norte has not presented the aforementioned report for the first quarter of the year 2022. ”.

According to the DGARTES, "this is the only reason for the late payment, unlike what happens in the other two regional orchestras - Orquestra Filarmonia das Beiras and Orquestra Clássica do Sul - in which the situations are regularized and the payments made". .

On Tuesday, a source from the managing body of the Orquestra do Norte, based in Amarante, indicated that 34 musicians had salary arrears for April and May.

The executive director of the Associação Norte Cultural, which oversees the orchestra, said the situation was due to cash flow difficulties which were being resolved.

According to José Bastos, the current model of state support, through the Directorate General for the Arts, which he considers "unsuited to reality", provides that the association's treasury will anticipate the payment of the salaries of its workers.

“You have to have the ability to generate income, to be able to anticipate the payment of salaries. Only then are we reimbursed for this amount,” he explained.

He then mentioned that "the conditions are only met now to proceed with the reimbursement request" for the first quarter of the year, which, "in the long term, will make it possible to pay the cash income for the months of April and May. ".

In the clarification of the guardianship sent today to Lusa, it is mentioned that "the management of public funding granted to regional orchestras, which is intended to support their activities and their functioning, is the responsibility of the management of the respective orchestras".

This general direction "hopes that this difficulty will be quickly overcome by the importance that the regional orchestras have in culture in Portugal from a strategic point of view, in the guarantee that they offer in the access of the population to the creation and the enjoyment of quality classical music”.

On the other hand, the director and administration of the Orquestra do Norte and the respective working committee are aware of the continuous support that DGARTES has given to the aforementioned orchestra.

The Casa de Mateus Foundation, the Cupertino de Miranda Foundation and some citizens were also among the founders of the association.