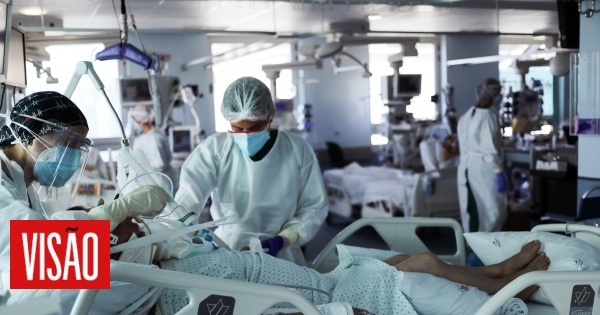 The Council of Ministers is meeting today to promulgate "immediate actions" to control the pandemic, the day after the reception by the Prime Minister of the parliamentary parties with a view to a consensus on these decisions.

Faced with the worsening situation at the national level, the Prime Minister met on Friday with the parties with parliamentary seats, while the Minister of the Economy received the social partners on possible containment measures.

“We do not rule out possible restrictive measures, but we understand that we must adopt measures which disrupt personal, social and economic life as little as possible. We must take into account a second element that I tried to convey: we are facing a race of duration, therefore, we cannot spend all the efforts or all the measures in the first moments ”

The extraordinary meeting of the Council of Ministers, which begins at 10:00 a.m., at the Palácio da Ajuda, takes place a day after the country broke records since the start of the COVID-19 pandemic with the registration of 40 dead, 4656 cases and 1 hospitalized patients, including 927 in intensive care, according to the general directorate of health.

Several possibilities will be on the agenda, including the squeeze-out and the extension of the restrictions imposed on Paços de Ferreira, Felgueiras and Lousada to more municipalities, as the Minister of the Economy said on Friday, Siza Vieira.

According to the PAN, the government plans to decree general containment, but only in the first half of December, to preserve the Christmas period. However, PAN leader André Silva said this measure was not presented as certain and stressed that it requires a state of emergency.

According to the leader of the Liberal Initiative, Cotrim Figueiredo, the government admitted at Friday's hearing the possibility of curfews being imposed in counties where the incidence rate reaches 240 per XNUMX inhabitants.

Rui rio warned that the current situation is "even more serious" than that seen in March and said the country will not experience general lockdown because the country's economy does not allow it. The PSD, he said, will always be “on the side of the solution” if the government proposes a new state of emergency.

The BE coordinator Catarina martins, for the moment, has ruled out the need for a new state of emergency, arguing that the government should use all installed capacity in the health sector, if necessary using civilian requisition from the private and social sectors.

The PCP, through the voice of the Secretary General, Jerome de Sousa, stressed that the executive headed by António Costa must take “proportionate” and “educational” measures, warning that a health crisis “cannot be turned into a police case”.

Among the parties received by the Prime Minister on Friday, the ENP defended that it will be against any measure that violates the rights, freedoms and guarantees of citizens and, on the possibility of proclaiming a new state of emergency, he warned that "there is a need for more pedagogy, more campaign and more effort" in terms of quality of life for the Portuguese.

Andre Ventura criticized the possibility of applying the rules already in force to Paços de Ferreira, Lousada and Felgueiras throughout the national territory, believing that this would be "an injustice".

Regarding the possibility of a new general confinement in the first half of December, Andre Ventura considered that "this is not justified and may even be counterproductive".

Portugal is in calamity situation since October 14 throughout the national territory.

The disease is transmitted by a new coronavirus detected at the end of December 2019 in Wuhan, a city in central China.