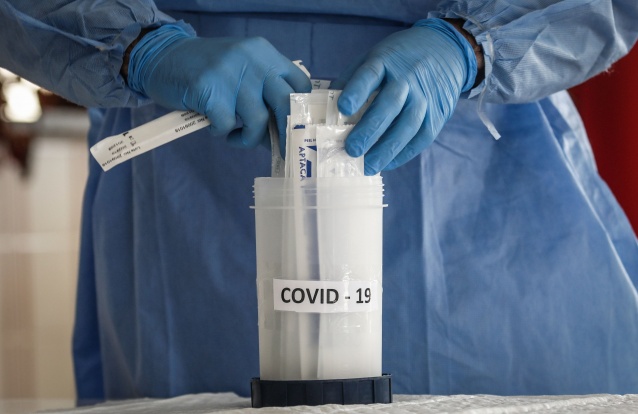 The current gap in deaths from the coronavirus between Portugal and its Spanish neighbor may come as a surprise. However, different reasons can explain it at this stage:

First of all, unlike other European countries, Portugal is a peninsula, with Spain as its only land border. However, the Portuguese Prime Minister, Antonio Costa, announced the closure of his border with Spain to tourists from March 15. The precautionary measures were then very rapid, observes Yves Léonard: "These borders were closed as soon as we saw what had happened in Spain, in particular with the match between Atalanta Bergamo and Valencia". According to the University of Rome La Sapienza, this match of the Football Champions League, on February 19, is indeed considered the "Trigger" the massive spread of the coronavirus in Lombardy (northern Italy), but also in Spain. Indeed, in mid-March, the Spanish club Valencia CF announced that 35% of its workforce had tested positive for the virus. In addition, nearly 3000 Spanish fans traveled to Milan to watch the match.

Quick action after the Spanish alert

Consequently, the Portuguese authorities would have quickly taken the measure of the danger. After closing the land border with Spain, the state of emergency was announced on March 19 as "Very few cases were observed", assures Yves Léonard. As of March 19, only 642 contaminations and two deaths were in fact recorded.

The restrictions imposed on the 10 million Portuguese are however less strict than among their Spanish neighbors, who already count more than 10.000 dead. The Portuguese are thus ordered to stay at home unless their work requires them to do so, but they can go out to do some exercise in their area of ​​residence, which is prohibited in Spain.

However, it is "From the end of February - beginning of March" that the Portuguese authorities were worried, underlines Yves Léonard, with in particular a strong symbolic measure: on March 9, Portuguese President Marcelo Rebelo de Sousa announced that he was putting himself in quarantine, as a precaution, suspending all activity public in Portugal and abroad for two weeks. The reason ? The president had been in contact last week with students from a school in the north of the country, then closed after the discovery of a case of coronavirus. "This stance struck people's minds, especially as de Sousa is a very media man", insists the specialist in contemporary Portuguese history.

Protect tourism, a powerful lever for the Portuguese economy

Many Portuguese would then have shown great caution themselves by "self-confining", as was also observed in Sicily (southern Italy) after the start of the epidemic in Lombardy (northern Italy). Italy). Caution linked to "The observation that the Portuguese have of the very disparate hospital system in the territory", very developed in large cities such as Porto and Lisbon and less modern in areas far from the coast, analyzes Yves Léonard, who also recalls that "The hospital system suffered during the country's austerity cures."Read also: Portugal returns to the virtuous circle of growth

However, if growth has picked up in recent years in Portugal, it is mainly thanks to exports ... and tourism. "It is about taking care of one of the big levers of Portuguese growth and reassuring the population by ensuring that the tourist activity can restart within a reasonable timeframe", explains Yves Léonard.

Regularize the undocumented to protect them and protect the population

Another more astonishing reason has been cited by observers of Portuguese life in recent days: the decision of Socialist Prime Minister Antonio Costa, on March 28, to temporarily regularize immigrants awaiting residence permits from March 30. This exceptional and temporary measure aims to protect them from Covid-19 ... and thus to protect the rest of the Portuguese population. "Regularizing them allows them to access the national health system so that they themselves are protected and that they can protect others", explains Yves Léonard. This government measure has another objective, however, underlines the specialist: "Keep this workforce necessary for the proper functioning of the economy".

A decision in any case welcomed, Wednesday April 1, by the director of UNAIDS, the joint United Nations program on HIV / AIDS: "Portugal has demonstrated its leadership and compassionate qualities by taking these priority measures to protect the most vulnerable". This Thursday, various left-wing deputies called on the French government to take similar measures.

A peak at the end of April or during May?

Despite these observations, caution is therefore called for, as the specialists interviewed point out, with regard to the supposed “Portuguese exception”. The number of cases could indeed increase exponentially in the days to come. "The facilities have been reinforced, a military hospital has been set up in Lisbon to accommodate 200 beds., observes Yves Léonard. The question of the peak remains uncertain. Will it take place at the end of April or during May? As we have seen, projections are difficult with this virus. ”