We and our partners use cookies to Store and/or access information on a device.We and our partners use data for Personalized ads and content, ad and content measurement, audience insights and product development.An example of data being processed may be a unique identifier stored in a cookie. Some of our partners may process your data as a part of their legitimate business interest without asking for consent. To view the purposes they believe they have legitimate interest for, or to object to this data processing use the vendor list link below. The consent submitted will only be used for data processing originating from this website. If you would like to change your settings or withdraw consent at any time, the link to do so is in our privacy policy accessible from our home page. 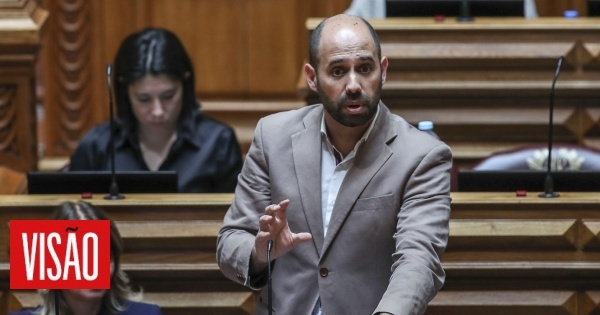 "What the TAP administration has done to the country is an insult and I believe that on the part of the Government, which represents the State at TAP, because it is the representative of the shareholders, it deserves enormous reparation" , defended the parliamentary leader of BE .

Pedro Filipe Soares, speaking to journalists at the end of the ceremony commemorating the 112th anniversary of the establishment of the Republic, in Lisbon, reacted to the news that TAP had ordered dozens of luxury cars for the executive directors and senior directors. , a survey by CNN Portugal, that these vehicles will replace the airline's current fleet.

The BE parliamentary leader stressed that "it is also an insult to the country that the government's idea of ​​pumping billions of euros into TAP last year, two years ago, and now saying that it is available for privatization”.

And he defended that "it is not understandable because if it was strategic in the past, it is strategic in the present and will be in the future, the public interest must be safeguarded", considering that "it seems another example” that this does not happen.

TAP argues that the renewal of the car fleet of the administration and executives allows savings of 630 thousand euros per year, justifying that the decision was based on this logic while respecting the contracts.

“The Executive Committee would like to point out that TAP has a fleet of company cars for the administration and directors, under an operational 'renting' regime. With the option we made, we save up to 630 euros per year, if we had kept the cars we have today,” the company said in an internal statement, which Lusa had access to.

TAP justifies that there are 50 vehicles at stake, for which a call for tenders has been launched on the market, six entities being invited to participate in the Portuguese market.

“The proposal chosen was the one with the lowest price, with a monthly income of 500 euros. For reference, the other proposals presented to TAP with a more competitive price provided for monthly rents of 750 euros”, explains the Executive Committee of TAP, in the aforementioned press release.