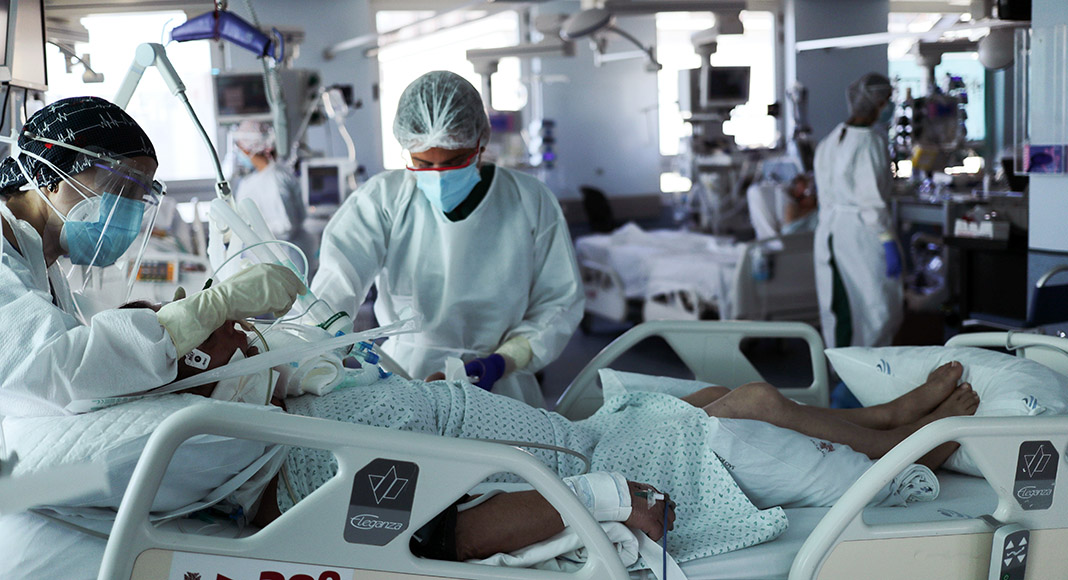 After the seven days between 20 and 27 October during which Portugal recorded more new cases of Covid-19 that throughout the month of September, political decision-makers no longer have a choice.

A number of hospitals are “reaching breaking point”. Epidemiologists predict a level of new cases in the north to reach 7 cases per day next week; and forecasts are for a record 000 critical patients in ICUs by Nov. 444.

Early Wednesday morning, as the mayors and civil protection chiefs of the Porto district called for a " compulsory confinement »In an attempt to bring the situation under control, the Prime Minister António Costa announced a emergency meeting of the Council of Ministers for Saturday.

With a view to defining further measures to tackle the virus, Costa will hold talks with other political parties (Friday) after attending an extraordinary meeting with the Council of Europe, via video conference, today (Thursday).

The Council of Europe meeting will be designed to formulate a European response to the sudden increase in the severity of the pandemic which appears to be hitting member states almost simultaneously.

The “problem” is that the solutions for this “second wave” cannot be the “lockdowns” of the past: no economy could survive. Today's proposals are night curfews ; restrictions which in a way leave businesses free to continue to operate while reducing the risk of transmission.

The schools “must stay open”, but it is widely accepted that this second wave corresponds to the fact that they are now operational again.

It is an “impossible moment” made just as difficult by the “exhaustion” of society. Even in Portugal, the number of people who begin to “denounce” the measures or to doubt the official discourse is increasing.

Last week, hundreds of people demonstrated in Lisbon against the new law requiring the wearing of masks on busy streets, and today (Thursday) will see a new protest outside Belém against what everyone considers now as the inevitable: the imminent declaration of the government of a new Emergency state.

In cities of Italy and Spain this week, a similar "anger" has seen protests turn violent. It is almost certain that this will not happen in Portugal, but the smell of "disunity" is in the air, and it is the last thing the authorities need.

Speaking in his usual Sunday night slot on CIS television, the political commentator and former politician Luis Marques Mendes stressed that it is not a question of “if” Portugal declares a new state of emergency, but just “when” it will declare it.

This “when” seemed likely to occur this weekend as the country's resident population is bound by a five-day “ward lockdown” rule. Wednesday afternoon's news, however, suggested the state of emergency could be avoided, but there is no doubt that further restrictions are needed.

From tomorrow, very few people will be free to leave their borough until 6 a.m. on November 3. This gives the government the space to think about the way forward as people mentally prepare for a new state of emergency.

It's time for the president to engage people

Believe it or not, the president Marcelo Rebelo de Sousa is in the middle of an election campaign. During this most bizarre year, with a number of candidates having already declared to challenge him at the polls in January, the popular head of state of Portugal has not even confirmed his intention to run for a second term. He has always maintained that the pandemic is "much bigger" and must be dealt with first.

This week, Marcelo has been locked in talks with health experts and authorities. He has listened to numerous sources all calling for “compulsory detention,” and he may have heard comments from Luís Marques Mendes that it is time to make a statement to the nation.

“Someone has to try to bring people together again, and make them feel confident that the only way to fight this virus is to get everyone to come together. "

Trademark Declaration. That someone will most likely be President Marcelo.

The worst week of the Portuguese pandemic

The country has just gone through "the worst week yet" in terms of an increase in the number of infections and deaths. Deaths are now in the 20-30s a day, as opposed to the low single-digit numbers in the summer months.

The worst situation remains in the north, although Lisbon / Vale do Tejo is not far behind.

Deaths in the Algarve have remained "negligible" (only 25 so far) but there are fears that this tally too could explode if new restrictions are not put in place.

As of this writing, official figures for the latest 24-hour period were arriving, with reports of a "new daily high": 3960 new cases of infection and 24 more deaths.

It seems "manageable", but the forecast suggests the numbers are expected to spread higher in the next two weeks, hence the emergency cabinet meeting on Saturday.

"Everything we do now will define Christmas"

While the councils are already starting to install Christmas lights, it's clear that no one can predict how this seasonal holiday will play out this year.

The government is said to be preparing a measure to extend the limit on the return of gifts (from 30 to 45 days after Christmas) by justifying itself as "a means of avoiding large crowds" in stores and shopping centers.

Wednesday, theEcdc (European Center for Disease Prevention and Control) said Christmas and how people celebrate it will depend on what actions countries take between now and then.

Bruno Ciancio, director of the ECDC vigilance department, told Lusa that if countries "manage to reverse" the trend in the spiral of infections, "we can have a good Christmas." It won't be "trips around the world or big gatherings," he said, but it could make sense and be a moment of calm, but only "if we all manage to cut it down. increased infections ”.